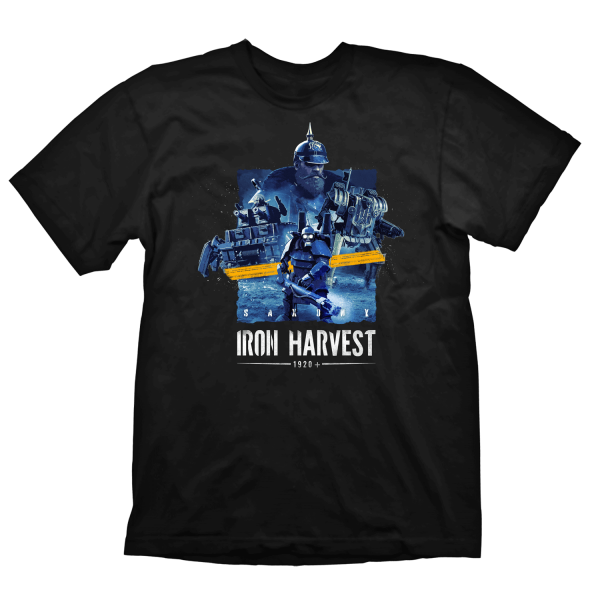 The Saxony Empire used to be one of the most influential countries in Europe, but the surrender in the Great War left it's marks on the proud people there. Some secretly oppose the Emperor, but you know which side you're on - You can show it with this t-shirt that has the hero Gunther von Duisberg and some of the arsenal of the Saxony Empire. High quality silk screen print, 100% pre-shrunk cotton for a long lasting fit, even after being washed several times. Manufactured by Gaya Entertainment.