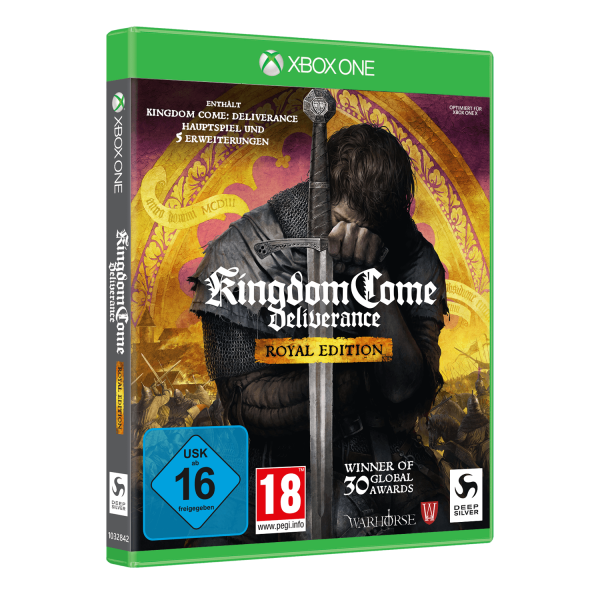 Immerse yourself in the Kingdom of Bohemia and take over the role of Henry, son of a simple blacksmith who finds himself at the side of Sir Radzig Kobyla after barely surviving an attack. Radzig leads the resistance against the invaders of Sigismund, the half-brother of the new king who wants to subjugate the kingdom. It is Henry's fate to become a hero and not only to rewrite his history, but also that of Bohemia. The Royal Edition of "Kingdom Come: Deliverance" contains the main game and the 5 official DLCs "Treasures of the Past", "From The Ashes", "The Amorous Adventures", "Band of Bastards" and "A Woman's Lot".
39.99 EUR *